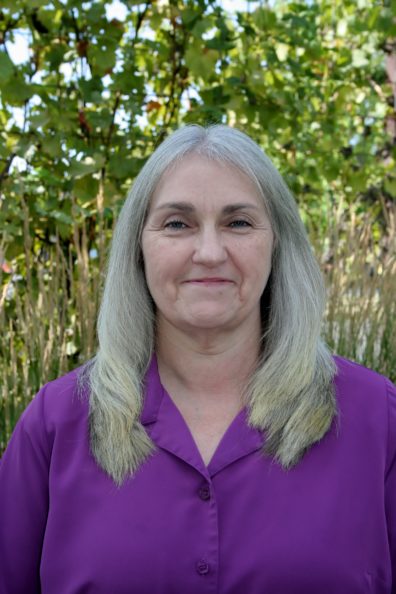 Dawn lived and worked in Wyoming for 12 years at the Fremont County Assessor’s Office as a Property Tax Appraiser. She began working at WSU in 1995 on the Mysoft Project, a new telephone billing system that was being implemented at that time, until she was hired as a Customer Service and Sales Representative at the television company Century Communications in Moscow. Six months later, she was offered a position back at WSU, and has been working the last 21 years as a Systems Analyst/Programmer. As a Mainframe Programmer, she supports the student and business applications, primarily responsible for supporting Payroll Services and Human Resource Services.

Dawn believes that the knowledge and experience she’s gained over the years make her a valuable member of the Modernization Team. She looks forward to working together to make this project a success!

When she is not at work, she enjoys putting puzzles together, reading historical romance books, and watching true crime and home remodeling shows on the television. Her favorite thing to do is spend time with her family, including six grandchildren ranging in ages from six to 15.